When did Celtic languages arrive in Britain?

A new paper at Nature by Patterson et al. argues that Celtic languages spread into Britain during the Bronze Age rather than the Iron Age [LINK]. This argument is based on the observation that there was a large-scale shift in deep ancestry proportions in Britain during the Bronze Age. In particular, the ratio of Early European Farmer (EEF) ancestry increased significantly in what is now England during the Late Bronze Age (LBA). On the other hand, the English Iron Age was a much more stable period in this context. I don't have any strong opinions about the spread of Celtic languages into Britain, and Patterson et al. might well be correct, but their argument is potentially flawed because:

Indeed, when I plot some of the key ancient samples from the paper in my ultra fine scale Principal Component Analyses (PCA) of Northern and Western Europe, it appears that it's only the Early Iron Age (EIA) population from England that overlaps significantly with a roughly contemporaneous group from nearby Celtic-speaking continental Europe. The relevant PCA data are available here and here, respectively. 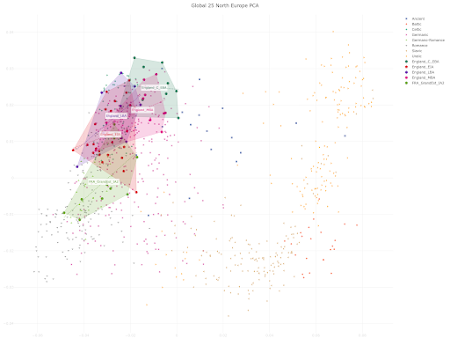 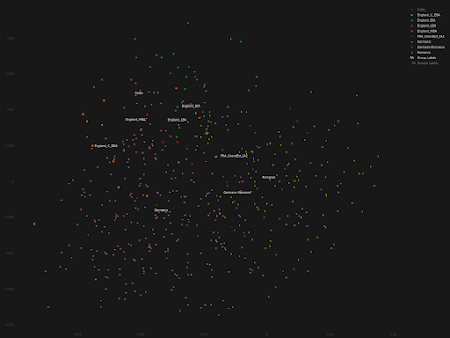